During the spring and summer, my favorite place to sit while having my coffee in the morning…and sometimes for my morning prayer…is the side porch which is right off my kitchen. Last week, as I prayed, the stillness was suddenly broken by a loud disturbance…a shrill squawking and rustling of leaves, as an angry Blue Jay chased a cat out of the neighbor’s yard.

This Blue Jay clearly did not realize that he was a bird, and was therefore the prey of the cat. For a few moments, the roles were reversed, as this bird squawked and swooped down to attack the cat who was running away from the bird! I was startled to see such an unusual sight and wondered what had happened…until I saw a flash of blue on the ground in my neighbor’s yard. An injured Blue Jay was hobbling around, trying to fly with what appeared to be a broken wing. I realized that the angry Blue Jay was defending his mate, who had been attacked by the cat. It was impressive to see the fearlessness of that bird, and I admired his loyalty. That led me to think about how this relates to the loyalty that we, as pro-lifers, should have for OUR own!

Even though the innocent little ones who are being killed at Planned Parenthood may not directly be our kin….as children of God…we are ALL related! Therefore, we have a responsibility to defend them, as the Blue Jay defended his partner. Even if the enemy that is attacking them is much more fierce and cunning than we are…and even if we cannot succeed in saving them, we still should let the whole neighborhood know that something unjust is happening here in our own city. We don’t squawk or chase anyone, of course…but our silent prayers are noisier to darkened consciences than if we shouted. Our peaceful and gentle witness is more threatening than if we were chasing them down the street!

In fact, as proof of this point, I will give a recent example; last Sunday, as usual, about 20 of us continued with our Sunday morning rosary walk around Pittsburgh (meeting at St. Mary’s at 9:30…anyone is welcome to join!)…we always walk past Planned Parenthood on our regular prayer route. We stop briefly, in a circle around those doors to pray, before continuing on our way. Sunday mornings are quiet in town. Planned Parenthood, and just about all the other businesses, are closed. So I thought it was significant that this past Sunday, as we prayed for just a few minutes in front of Planned Parenthood, a car that was waiting at the traffic light began to lay on their horn in angry protest of our prayers. There was some shouting at us that I could not distinguish the words…but I thought that it was strange that anyone would care, much less get angry…about a small group of Sunday morning prayer-walkers. Someone’s darkened conscience was pricked. We were the Blue Jays.

Just a reminder that there are signs available for those who come to witness in front of Planned Parenthood. Signs are the way we “squawk”. Just ask if you don’t know where they are kept.

Last Saturday, Katie, Jeannie and Herb did some “squawking” of their own, at the Three Rivers Art Festival, with a pro-life resource table! They reported positive feedback from many festival attendees! 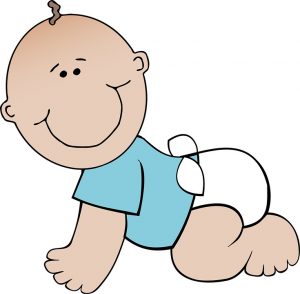 Charlene is asking everyone to please drop off a package of diapers in front of Planned Parenthood this Saturday between the hours of 9:00 and noon. Diapers will be donated to local crisis pregnancy centers. Contact Charlene with any questions:

From the sidewalk this week…

Praise God that Planned Parenthood was un-expectedly closed last Saturday! This is the second Saturday that they have been closed within the last month! There were no lives saved that we know of, but Christine sent in the following account of an opportunity to help a needy pregnant mom:

Christine and Mary Ann were able to talk with a young woman who was waiting while her friend was inside having an abortion. She was also pregnant, but planning to keep her baby. She had tried to talk her friend out of getting the abortion, but to no avail. However, Christine believes that she was put in the path of this friend in order to help a vulnerable woman who has no family support (her mother is on drugs), but who is determined to keep her baby. She has her contact information and is going to help her get connected to the resources that can help her throughout her pregnancy and beyond. Christine wrote:

Although her friend was unapproachable at the time I really feel that speaking to the pregnant girl may have encouraged her in someway. She is out on her own and does not have the support of family. She said that her mom is on and off drugs but she is determined to raise her son “K”, who is due in August. I have her number and told her that I would look for new mother resources in Beaver, she is registered at Target in Monaco, PA. So maybe this young woman was placed on my path for a reason and even though she had already chose life for her baby, I can help her life in some way. May God bless and keep her and all of us fighting for life and freedom from harm.

If you feel led to purchase something for her through her gift registry at Target, please contact me and I will put you in touch with Christine.

Thank you for being the Blue Jays of our community!