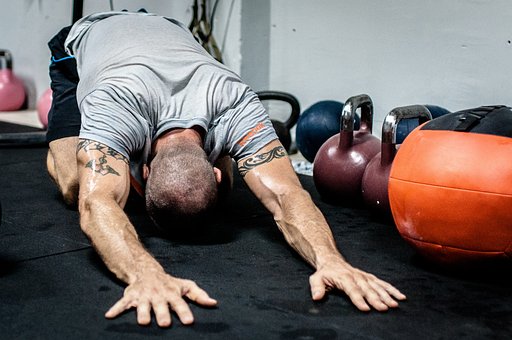 Thankfully, I don’t get anxious about many things.  But last week I was having a minor case of “high anxiety.”  I had taken a leap of faith and made a commitment to my parish to take on something that was completely new to me – and which would require a great deal of preparation.  And then, the very next day, something unexpectedly happened which all of a sudden ate-up a large chunk of the precious little free-time I have in my life which I had set aside to make those preparations.

How did I react?  Not well.  And not with a whole lot of trust in God.  In fact, the one scripture verse which kept coming to my head was this one:  You duped me, O LORD, and I let myself be duped. (Jer 20:7)

But as I shared my frustration with some trusted friends – and tried to pray about it – things began to unfold in such a way that I got to the point where I could see that things were going to be alright.  And just as I was beginning to see this I read Jen’s post from Friday which began with the following scripture quote:

Have no anxiety at all, but in everything, by prayer and petition, with thanksgiving, make your requests known to God.  Then the peace of God that surpasses all understanding will guard your hearts and minds in Christ Jesus.  Phil 4:6-7

So what’s my take-away from this?  No one involved with 40 Days for Life is without some level of trust in God.  In fact, I would say that by the very fact that we regularly stand on a public sidewalk and very publicly pray for an end to a practice that many see as a “sacred” right, have a level of trust which is significantly higher level than that of average Christian.

But here’s the thing.  Remember the expression:  “God loves you just the way you are, but too much to let you stay that way?”  You see where I’m going with this?  God uses our trust in him to do great things.  But eventually, he asks us to grow in that trust.  And when we let Him stretch us, we can do even greater things in Him.

AND NOW, ON TO OUR REPORTS…

Saturday mornings always start peacefully.  It’s dark and there are few on the streets.  Today we were extra blessed as the streets did not have the pink vested pp escorts which are the norm for Saturday morning.  We took this to mean they were not performing abortions. Praise God as many babies were spared today. We were also blessed to have the Choices Pregnancy Services’ mobile sonogram today at the vigil.  A woman was entering the clinic and we offered her the services of the mobile unit.  She said she had to go into the clinic for something but would consider the mobile.  About a half hour later she came back out and we escorted her to the mobile.  The prayers of those from St Maria Goretti, Living Hope Church and the Saturday regulars were heard today.

I shared shift-managing duties today with Sue D. — always a wonderful pleasure.  We were thrilled to see NO ESCORTS on duty this morning!!!!  This can only mean there were few or no abortions scheduled this morning.  Indeed, although PP was open, it did not appear that anyone going in today was abortion bound.

We were blessed to have Dan and Pat with us from St. Maria Goretti.  Eloisa, from a Spanish church, sang beautiful hymns in Spanish.  I was blessed by her singing and her vibrant faith as I stood with her.  She challenged me to learn some Spanish.  Funny that I’ve been toying with that idea myself.  We’ll see!

“M,” a young man who works at the library downtown, stopped by on his way to work.  He told me about his girlfriend who adopted her nephew due to the birth mother having drug problems.  He said the little two-year-old, obsessed with cars and trains, is the light of his life and that to his surprise, he has found himself wanting more children.  He told me he himself is pro-life but he sees reasons to keep abortion legal for people for whom children would be too much of a problem.  Please pray for a complete pro-life change of heart for him and also for marriage and more children for him and his girlfriend.

Later, “L” came by with his girlfriend, “S,” who is in the very early stages of pregnancy.  They are both homeless.  L was very sad and was encouraging S to have an abortion.  We talked to her and she does not seem to be abortion minded,  although she is still deciding.  She told us she has six children in the foster care system whom she wants to get back.  Please pray that L and S will choose life for their child and seek help via the abundance of information we gave them.  We do see L on a semi-regular basis, so I believe they will be back around and will be in touch.

Pictures from Holy Trinity Catholic Church in Robinson who was there from 11-3.

We had quite a bit of negativity but a few encouraging people as well. It was a new experience for me to pass out the cards and precious feet. One young man was impressed with the fetal models. I gave him one and he asked if he could please have another. He also wanted 2 pins and 2 cards. Dean and I were able to enlighten him on what PP does and doesn’t do and their blob of tissue lie. I think he probably wanted the things to give to other people.
There were a few different occasions where people who looked middle class, educated, and possibly pro-life turned out to be BRUTAL. There is evil out there. A nice young man stopped and asked if we were a pro-life group. He had never heard of 40 Days but thanked us and shook our hands and told us his mother is director of a pro-life pregnancy center in California.
Sharon G. (substitute SM), 11-1

First up, thanks Bill for allowing God to use you in the way that He sees fit. Second, thanks to the group from Holy Trinity that showed up in big numbers and prayed strong today. One passerby took issue with the group using the name of Mary in prayer. One of Trinity’s women engaged him in conversation for a while. I prayed for a peaceful outcome and for wisdom if the situation deteriorated. Thankfully it didn’t and thank God for giving me the sense to know when to act and when not to act.
Lastly, thanks Billy who came to relieve me as shift manager. While he had participated before, this was his first time as a shift manager. Next time he will be a seasoned pro.

This was my first time ever being a shift manager and I didn’t exactly know what to do, so I pretty much was pretty laid back.
I was standing today with a wonderful lady named Nadine from Edgewood and a lovely Pastor from Mt. Zion Baptist Church from the Butler area named Ben, a father of 4.
I came when the previous group was praying I want to say a Litany to End Abortion and the one Psalm that stood out was Psalm 139:13-14.  “For it was you who formed my inward parts; you knit me together in my mother’s womb. I praise you for I am fearfully and wonderful made. Wonderful are your works.”

From 3 to 5, there weren’t any incidents, there weren’t many people going into the clinic, a lot of them leaving the clinic. We had a couple conversations with people passing by.  One gentleman came back and asked us “What are we doing here?” My response was “For babies, their right to life.” I think that’s important that people remember why we are here, we are doing this.  Not because we want to be better than people, but because we care about the unborn. Another girl came and read one of the signs as I approached her to give her a card, she said she was pro-choice she walked away, and then another woman came up and started discussing her thoughts and said it was just a fetus in the womb. I walked back and forth talking to both of the volunteers and the time just went quickly.  I got to hear a story from Nadine about I suppose one of the volunteers who was in the military who almost lost his baby from his wife while in the military, and it just made me think this man who couldn’t leave understood what it felt like to be trapped which most of the girls who look for abortions feel like. Just also hearing that it’s good to have guys here standing for babies when most don’t think we should have an opinion really feels good.

Thanks again for allowing me to lead for you all,
Billy L., 3-5