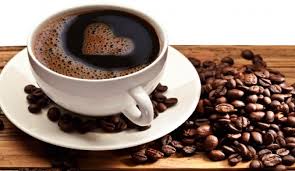 GENTLENESS:  THREE TIPS TO GET US THERE:

Gentleness is our theme for this campaign.  And the little story from the drive-thru might be a good image to have in mind as we each prepare for our next scheduled time on the sidewalk.  Based upon my own reactions to confrontation – both good and bad – I’ve identified three key things we can do which will better enable gentleness to come through:

But I say to you, love your enemies,
and pray for those who persecute you,
that you may be children of your heavenly Father.

It was a glorious morning and I was blessed to be surrounded by the year round Saturday morning “regulars” of Virginia, David, Joe and Bill.  We were joined by sidewalk advocates Jim, Sue and Beth.  Cory who was coming by for the parade stopped and prayed for some time with us.  We prayed passionately for a young couple who entered the clinic crying. We tried to talk with her and give her resource info her but she wouldn’t engage.  Pray for her.

C.O.L.D.!!!  But as always, we (Sue D., my tag-team shift manager today, and I) found warmth on the sidewalk this morning, the warmth we always feel when surrounded by friends and fellow prayer warriors in the pro-life movement.  Early in the shift, we were blessed with the regular Saturday-morning Sidewalk Advocates working their “beat” as usual — Marian C. and Judy V. — along with Beth (“Just-Keep-Going“) S.  Bill H., another regular (to put it mildly!), was also there.  Soon Stacey R. arrived, and then later in the shift, Ken B. and Chris C.  Rosaries and prayer ensued.  Several people and couples entered and exited Planned Parenthood during our shift this morning.  We approached them and offered help, but unfortunately only one woman entering the clinic accepted our literature.  The annual St. Patty’s Day parade attendees and participants, most of them sporting a lot of green, were out in full force.  We were able to distribute a considerable amount of literature to passersby.  Marian and Judy engaged several people in what I know were meaningful conversations as they lasted awhile!  During the time I was there, no one reacted negatively toward us, and all was peaceful.  Marian, who had arrived on the sidewalk around 9:30, took over shift manager duties at 11 to prepare to continue to freeze, along with Judy, for two more hours — God bless them!  Keep praying!!

On this cold day, the 4 men remained in continuous prayer by reciting the decades of the Rosary.  Praying men on the sidewalk are a powerful witness to women, but especially to other men.   The signs they chose to wear were the Choose Life signs which have the Knights of Columbus logo.  Like kids in a candy store- these Knights were joyful to see those signs!!
Many positive comments could be heard as the pedestrians passed by after the parade.  The few mocking comments that were made, were made by women.  At the end of the sidewalk, when they meet God, they will have to answer for that.  God does not appreciate mockery.  Judy, my Sidewalk Advocate partner, stayed through our usual shift as Sidewalk Advocates.  Judy is starting a pro-life group at the north campus of the community college.  Three staff members have agreed to be her sponsor and over 40 students signed up to join the group.
The clients coming out of PP were not receptive today to taking information.  Everyone thinks they are going to be fine… especially the friend walking out with them.  Deceptive practices make people assume incorrectly.  The baby models, as usual, brought a comment or two.  One boy about 10 years of age stopped and asked about them.  He thanked me for (briefly) explaining the sizes.  He seemed to understand when I said you were once that size in your mommy’s “belly”.   He was smiling as he walked away.
Two men stopped to talk after seeing the baby models.  Once gentleman took a card and cared about the message of the models.  His friend had a little different attitude.  He thought the models were rubbing salt in the wound of women coming out after having an abortion.  We agreed that abortion is hurtful.  I explained that how women feel after coming out of an abortion clinic is because of the choice they made.  The truth does hurt at times when wrong decisions are made.  Our presence on the sidewalk is not hurting anyone.  I heard two comments to “mind your own business”.  I thought to myself–we are.  Life is our business.  Thanks to our benefactors who supply the hand warmers.  That great invention was needed today.  We may have had cold hands (especially Charles) but as they say – cold hands, warm hearts.
From the sidewalk, with grateful appreciation for those present today,
Marian, 11-1

I was pleasantly surprised by how much approval we got from passersby.  Only a few had anything negative to say.  Planned Parenthood seemed fairly quiet today, with only workers there today.

A special thanks to my brother Knights of Columbus who recognized that their presence, on a day when the St. Patrick’s Day parade was being held, would be especially needed. 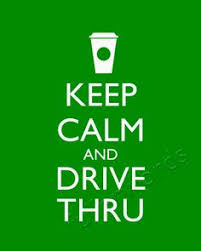 2 thoughts on “Day 11: Bellevue and Manordale Knights of Columbus”