Have you ever heard this as a woman walked into PP?  I’ve heard it many times.  And each time I’m at a loss for how to respond before she manages to get the door open and disappear inside.  In my mind I want to shout out to her:  “But wait, don’t you know that they can and do cause abortions too!”  So why don’t I?  If I know that “the pill,” the IUD, and other hormonal contraceptives can sometimes act as an abortifacient, don’t I have a moral obligation to at least try to inform her of this?

Part of the problem is the difficulty in explaining the concept itself.  The very notion that a drug or device called a “contraceptive” can sometimes actually destroy a newly conceived life is completely foreign to most people.  How do you explain in a simple manner that while these kinds of drugs and devices act to make conception less likely, it sometimes happens anyway?  And that when conception does take place, that the contraceptive has also acted to make the endometrium in a woman’s uterus much less able to receive the newly fertilized egg (that is, a brand-new human life)?  And that if that egg cannot implant in the uterus, it will die?

Another problem is that all of the above is usually either completely new information or completely contradictory to what they’ve previously been told about how contraceptives work.  But you know what, the other side, at least when speaking officially, doesn’t deny it.  Consider what Frank Susman, a lawyer for the Missouri abortion clinics, said during oral arguments for the Supreme Court case of Webster v. Reproductive Health Services (1989):

…The most common forms of what we most generally in common parlance call contraception today, IUD’s, low-dose birth control pills, which are the safest type of birth control pills available, act as abortifacients. They are correctly labeled as both. (emphasis added) 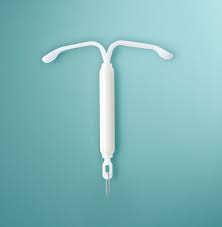 So what are we to do?  Well on Tuesday, as I was talking with Cil, one of our Shift Managers, I noticed that in addition to having the usual pro-life literature on hand, she carried in a Ziploc bag pamphlets from the American Life League – each of which addressed the different forms of birth control and explained exactly how they worked.  Clearly, she came to the front line of the battle welly armed.  Maybe that was a sign for me to go and do likewise.

Tim, who managed the vigil from 7-9am, took these photos:

On this crisp windy morning the faithful came great distances to witness to the gospel of life.  Father Tim and Pastor Adam brought a group, as did Father Jason.  It was a wonderful and inspiring sight to see multiple denominations united in prayer.  Regular sidewalk counselors Meredith, David and Kathy were there to offer help and options.

Legendary Pro Life Warrior Bob Newman attended the vigil with new custom made oversized signs.
God was good to us with no rain and peaks of sun.

Be Not Afraid.
Tim B

Joe, who managed the vigil from 9-11 took these photos:

Our friends in Christ traveled a good distance this morning (Greensburg, Wheeling & Somerset) to unite with our local friends from Carnegie.  Coupled with these Apostles were our friends from the sidewalk advocates and the other Saturday morning warriors.  What transpired was an amazing witness to life through heartfelt prayer and song.

What a blessing it was to be able to participate in this celebration of FAITH!!!

ALL GLORY AND PRAISE BE TO GOD.

Maggie, who managed the vigil from 11am – 1pm took these photos:

It was an interesting shift. There was an African American Heritage Day parade. It was good for the parade marchers to see us with our signs! We had a great group of prayers on both sides of Planned Parenthood. It was a bit cold and we even had some hail. One of the vigil participants said it always seems cold there because of the evil present, I thought that was interesting. There were a decent number of young women who exited the building. I locked eyes with the one young girl, she looked so sad.  I wish I could stop these girls from having to experience regret and remorse for this act which they believe is the only way. If only the men accompanying them would be willing to stand up and fight for the life of their unborn child. Its just such a tragedy. Please God let this all stop!

Julie, who managed the vigil from 1-4 took this photo:

From 1-3 the prayer warriors from Holy Trinity Robinson kept the vigil going with out a pause. We prayed a rosary with different colored brads to signify pro life intentions.  I prayed with Francis, who came alone today on the feast of St Francis. he felt that it was the right thing to do today in honor of his namesake.

Vince from St Elizabeth Ann Seton came alone also joining right in.  I spoke with a man who stopped to notice our prayer and he was encouraged.  He said he is a Christian rapper from Abundant Power church on Grape St In Belzhoover.  He said he would pray and I got his contact info.  The guys from Cranberry- St Ferdinand’s came at 3- and they will stay till 7 praise God!