Since my bus pass needed reloaded, I used the end of my lunch break this past Wednesday make a stop at the Port Authority office on Smithfield.  That meant that my walk back to my office would take me down Smithfield to where it meets Liberty Avenue, which is right across the street from PP.  As I walked on the far side of the street and approached PennDOT’s driver’s license office, I knew that there would be at least one of our number, and probably a few more, continuing the vigil.  But what I saw really caught me off guard.  There had to be at least a dozen “40 Day’ers” there.  I took a moment to stand there and admire the beauty of it.

And watching this as I did from a distance, it occurred to me that while the average passerby can somewhat easily ignore one or two people holding signs and praying, it’s much harder to do so if you have to walk past six people on one side of the semi-circle and six or more on the other.  It just makes a much more powerful impression.  It was easy to envision one coworker saying to another, after they walked through all of this, “My goodness, what’s all that about?”

Such a thought can be the beginning of an individual’s first real awareness of the horror which takes place in the middle of our city.  And awareness is the first necessary step.  Once the awareness comes, the voice of conscience has a chance to speak.  And once that voice starts to speak, some will begin to listen to it.  And every once in a while a few of those who listen, end up joining us. 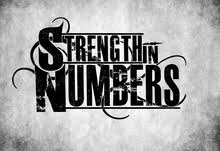 Now on to the reports.  Sally and Al had the morning shift:

When I first arrived this morning people brought a man over to me who they thought wanted to sign the attendance log.  Instead, he handed me 5 rolled up One Dollar Bills. I thanked him and he just walked away.  May God bless him for his generosity.  I will give them to Nikki or PCUC or whoever is in charge of money.

Sorry, I did not remember to take a picture, but there were not very many people at PP this morning. Only a little over 20 all morning.  About half of them were Guardians for Life, without Fr. Tim, who was busy. PP was fairly busy.  Probably close to a dozen couples had gone in by the time I left.

One man came out, and asked for prayers.  Kathy L. and another lady standing beside her complied.  They prayed, holding his hands, for what seemed like a long time. They gave him literature, and talked with him.  He said the baby being aborted was not his.  The girl had 2 other children and did not think that she could raise another.  He brought her because it was “her choice”, but he has an 11 year old son at home and he knew it wasn’t right. He knew he had to go back in, but he didn’t want to. I asked him if he would be able to talk with the girl now, and show her the literature he had been given.  He said he
didn’t think so because they had taken her before he came downstairs.  Please pray for them.  I do not know their names.

Al said that one man walking by while Guardians for Life were praying took his hat off, in a gesture of respect, and kept it off until he was away from PP.  Pastor Adam Stump was with us, wearing his clerical collar.  It is so obvious that the collar brings out the best in people.  Passers-by were God blessing us and thanking us for being there, and one lady assured Adam that she had already prayed her rosary although she did not have time to stop at PP.

And so another 40 Days Campaign has ended on a very peaceful note for Al and I.  We hope and pray that there have been saves that we don’t know about now. God bless all who have participated in the campaign in any way.

Julie was our shift manager from 11-1:

John 15:4-5
Remain in me, as I remain in you. Just as a branch cannot bear fruit on its own unless it remains on the vine, so neither can you unless you remain in me. I am the vine, you are the branches. Whoever remains in me and I in him will bear much fruit, because without me you can do nothing.

When I arrived Pastor Adam from Church of the Nazarene and Kathy were talking to a man who’s female friend was inside PP.  We prayed for the woman and him after he went back in.  The ladies from Ohio showed up and began witnessing in a prayerful mode while standing by the tree, while Kathy stood near the yellow circle and said hello to people walking by and tried to hand out information to passersby or people going in and out of PP.  The folks from Holy Trinity came  and lined up along the wall.

It always brings a sense of serenity when there’s a group on either side of the sidewalk creating a sacred space. A middle aged  woman  drove up and parked her car purposefully to stop and talk.  She told us that she has asked God for forgiveness for ending the life of her 2 babies when she was in her 20’s.  She wants other young women to know that “your body belongs to God” and that abortion hurts.  She was given Rachel’s Vineyard and pregnancy resource centers information and we prayed for her to continually heal and possibly be a witness/counselor to women in need who are considering abortion.  The emotions and welling up of tears in this woman’s eyes as she spoke to us a was a testimony of the long lasting harmful effect of abortion on a woman.  We also watched a group of girls go in and a woman with a two teenagers:  a boy and a girl.

As I spend time on the sidewalk on Saturdays, I’m becoming increasingly aware of how important it is to pray and also give out information.  I’m really saw the fruitful balance of quite prayer and reaching out today.  I provided the above scripture b/c I think that  one of the fruits of prayer is the divine appointments or the promptings of the Holy Spirit to talk to people and offer them information on Pregnancy Resource centers and let them know that there are many people who will help them to care for their child. God is good, all the time.

Andy “subbed” as a shift manager today during the 3pm-5pm shift and took the following photos:

For the last two hours – 5 to 7 – Jeff was once again out on the sidewalk.  He reports that Dan from St. Louise de Marilac and Chuck from Holy Trinity in Robinson stayed with him until the end.

And here I feel the need to acknowledge all that Shift Manager, blog-writer, computer-helper, 40 Days flyer-maker, and substitute sign picker-upper/ dropper-offer Jeff has done this fall.  Basically, he’s done all of that stuff and more, all the while juggling work, classes, and family.  God bless you Jeff. Your dedication inspires all of us.  [And for crying out loud, get some rest!]